Evan was born in Los Angeles, California, and moved to the base of Little Cottonwood to chase the early powder mornings. He graduated from the University of Utah, where he played three years of college lacrosse. He also worked two winters teaching ski school at Solitude Mountain Resort. Evan spends his winters on the local slopes and his summers cruising around on the lake. He loves to be caught in deep powder with a snorkel on, so grab the sticks and join him.

At RAMP, Evan is our Factory Manager and the guy who runs the factory that makes the skis you ski on.

If you have product questions on the hill, Evan is the smiley face you want to chit-chat with as he can wax eloquently about RAMP's new technology. He's the guy who makes the skis, after all, and knows every nitty gritty detail. 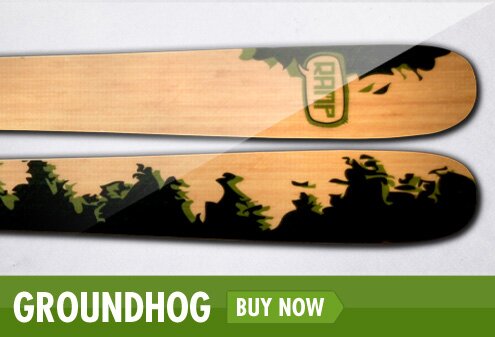 "The Groundhog is a ski you can throw in the bed of your truck and leave it there the whole season."