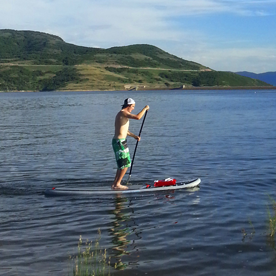 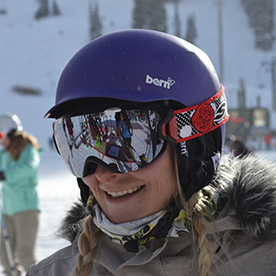 Jenn has been skiing her whole life; she is a three time Olympian in Freestyle Mogul skiing. At the age of 18, she competed in the 2002 Winter Olympics just barely missing out on a bronze medal. After taking the 2003 season off due to injury, she came back strong, winning World Cup titles in 2004, ‘05, and ’06 as well as an Olympic gold at the Torino Games in 2006.

After winning the Olympic gold in 2006, Jenn helped found and build an organization called B2ten. B2ten is a charitable organization that helps amateur athletes by providing training, and investing in the development of coaches.

Jenn came back to the Olympic stage in the 2010 Vancouver Games where she placed second in moguls. After winning the silver medal, Jenn announced that she would be retiring after the 2011 World Cup season to finish her degree from McGill University and to focus more on her charity work.

Jenn went out with a bang. In her final season on the World Cup, she won her third successive dual moguls crown, and was named Female Athlete of the Year by the Canadian Press.

In 2013, Jenn had her first child. She continues to focus on her community service work, being active with the Because I am a Girl Initiative, as well as running her own girls-only mogul ski camp and remaining active in B2ten.