Nadia moved to Summit County, Colorado in 2011 to pursue her dream of becoming a professional park skier. Gonzales plans to ski and film with friends as much as possible throughout the winter and will be attending the Slope Style Grand Prix in Mammoth, CA. 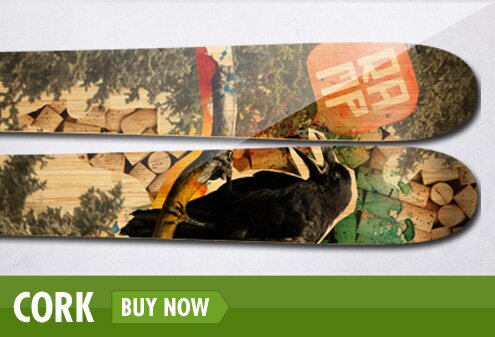 "The Cork is a playful but very stable ski that felt right at home in the park!"