OneRepublic was founded in 2003 by lead vocalist Ryan Tedder and his old high school classmate Zach Filkins on guitar and backup vocals. Brent Kutzle soon rounded out the Colorado-based band on cello and bass, along with Drew Brown on lead guitar, and Eddie Fisher on drums.

The band was introduced to RAMP by one of the company’s investors. During the 2013 Sundance Film Festival in Park City, Utah, the band molded skis at the RAMP factory and first got on their new rides that weekend.

OneRepublic steadily gained popularity on MySpace until they caught the attention of record label Mosley Music Group. It was under this label that the band released its debut album, Dreaming Out Loud in late 2007. This album slung OneRepublic into the mainstream music scene and soon achieved international success. The band continued this high level of success with the album Waking Up released two years later, and most recently with the release of the up-tempo new album Native, released in late March of 2013.

The band is currently touring across the U.S. and scheduled to go international starting in October 2013. 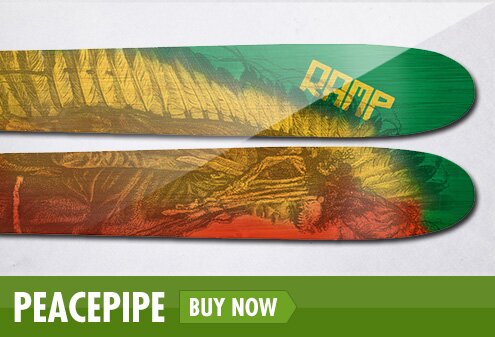